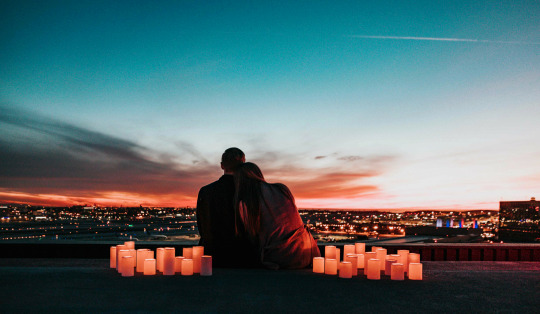 Life after retirement can be boring sometimes. So, I thought of cleaning my memorabilia cupboard that needed real dusting. Rummaging through the cupboard, my eyes fell on a dirt-covered old yellowish envelop. I opened it to find something I believed to be lost, an air ticket. It was for Frankfurt, dated 10 April 1999.

My first trip to Europe with my late husband. A true love story, I thought and smiled. I went down memory lane…

My husband was going on an official trip to Germany. My birthday was round the corner. I was sad. He would not be there. He always made my day very special with beautiful flowers but when duty calls, all else must take a backseat.

Two days prior to his departure, we were sharing a cup of tea, post office time. He handed me an envelope. Hesitantly I opened it. I couldn’t stop staring! All I could do was utter a squeak! My eyes widened in surprise as I looked closer in utter disbelief! It was a ticket to Germany with my name written on it!!!! His eyes smiled and he gave me his toothy grin. My birthday present!!! I was to accompany him. I was on cloud nine and this time my squeak gave way to a whoop!

The day dawned, 20th of April. We were at the airport. I pinched myself over and over again. Yes, it was true and my husband was with me on our way to Germany/Deutschland.  A country that has made its mark on world history, be it the wide expanse of the Bavarian lands, the winding deep blue Rhine, Heil Hitler, Goethe, Beethhoven or artist Jan Balet, Germany is replete with the who’s who of famous personalities in every field, and a composition of art architecture and culture.

The common theme running through all the places was beer and more beer. The other B was the Beauty. Unless one sees, it is impossible to believe that Germany is one of the most beautiful countries; the weather in April is perfect. Yellow sunshine, the  soothing greens ,the aquamarine blue of the Rhine mingling with  the soft blue German sky, the landscape dotted with quaint homes, shady woods. It was straight out of an artist’s imagination. The clean air is enervating and the charming friendly German people who know little English certainly make wonderful hosts. The urban centres are highly industrialised bound in a synergy of action and development.

Our first place of embark was Frankfurt. It stands on the river Maine, a tributary of the Rhine. The city throbs with fast-paced activity. It has both old timber homes and towering skyscrapers.

Our visit to Palmergarten, a 19th century botanical garden left us spell bound with the bounties of nature. We followed this up by going to the Stadelmuseum, an art gallery dating art from the middle Ages, found us devouring paintings by Botticelli, Rembrandt, Degas. We were both art enthusiasts and our hearts, eyes and soul were overwhelmed with emotion.

Zeil is Frankfurt’s shopping street. Brimming with stores the plaza hums with business, cafes and drama. The nightlife was fun and alive.

My experience trying out steaks was a once in a lifetime try. The rare steak I ordered sprayed blood on my face when I knifed it for the first time!!!! What an experience much to the amusement of my husband. I nearly puked and vowed never again!

Frankfurt holds a precious place in my heart. It was my birthday. A special day created by my better half. Flowers and dark chocolate set the tone for the day.

There was a knock on the door at hotel. With a slightly dishevelled look I opened the door. A surprise! There was a train of hotel people, to be specific five of them.  Each carried something.

The first guy walked in with a lovely dark chocolate cake.

The second one carried a bottle of the best wine in the hotel along with my favourite cognac.

The third guy carried a gift that I opened later to find exquisite reprints of some masterpieces of paintings I had seen the day before.

The fourth man gave us a coupon for a free dinner date.

Finally, the fifth man had an enormous, just enormous, bouquet of roses.

I was stupefied, almost like struck by lightning. It was my dear husband’s surprise at his loving best. A beautiful birthday indeed!

The next day we flew to Dusseldorf, the Pearl on the Rhine. Its absolute delicate beauty charmed us. The roads, the flowers on the kerb, the trams chugging leisurely all seemed like something out of fairyland.

Dusseldorf is the fashion capital. Very evident as all the women are dressed to kill. The men were stylish and elegant.

The night life is posh and classy very international and colourful. Along the Rhine there are pubs and bars…it is referred to as the longest bar in the world and my husband and I had had a field day!! We could hardly walk straight after a jaunt along the Rhine!

One of my most precious memories is that of our visit to listen to German classical music. The hall was magnificent, ornamental and historical. Everyone came dressed in formals (I was quite an attention grabber in my saree and bindi). The orchestra played melody from Bach, Mozart and Beethoven. The conductor was versatile with his baton and the music was just grand and magnificent. A surreal experience. This was our very first listening to a 100 men orchestra. Unforgettable!!

On our last day in Cologne, I remember walking the streets trying to encapture for ever the sights and sounds of this fantastic city. We sat by the Rhine and stared in silent contemplation, drinking in the beauty of the fading evening sun sinking into the backdrop of the river. Rubbing my eyes I thought it was all a dream, but with my husband by my side I felt blessed and real. Thank you partner for letting my dream merge with reality.

The German odyssey concluded. But like the soundtrack from the film Titanic…Distant Memories …my heart will go on and on….singing the praises of this wonderful German holiday!

TriBeCa Care offers the senior members of your family affordable travel plans for more places like this. Take a look at our brochures. Contact us enquiry@tribecacare.com or call us at: 03340277777 / 8017770323. Visit our page at: www.tribecacare.com.