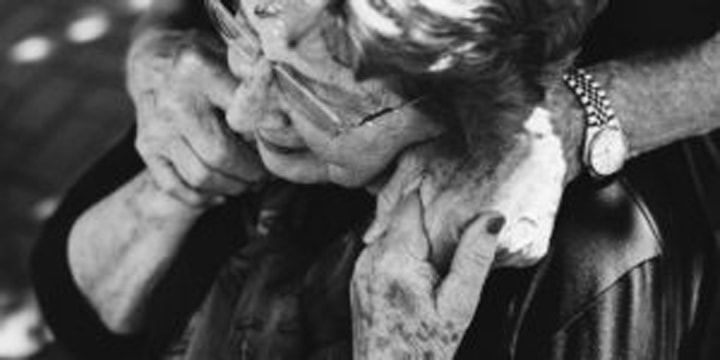 09 Apr Dealing with a loved one suffering from Dementia

Posted at 09:20h in Dementia by admin

My father died 4 years ago. He died surrounded by friends he loved and a family who adored him. He left behind an enormous void in my life, but he also left behind my mother to deal with her own loneliness.

Both her adult children are based in the US, and after the last rites were done, we were on a long flight back home.

Like every couple, my parents had their highs and lows. Their occasional fights and their moments of joy. But they were a team – joined at the hip in their common destiny.

With baba gone, ma retreated into a shell, slowly and almost imperceptibly. She aged quickly. She visited friends rarely and almost removed herself from the world. She became less mobile, more aloof, less alert, and more depressed.

My brother & I were at our wits’ end. We were worried about her increasing forgetfulness, bouts of anger, and periodic delusions. There were only so many times we could call on friends to rush to her for emergencies – most real, some imagined.

After many clinical opinions, she has finally been diagnosed: Dementia with Lewy Body (DLB).

We researched everything we could about dementia, for we knew nothing. We understood that a person with dementia has difficulty due to abnormal brain changes. That dementia is not a single disease; it’s like, say, “heart disease” — and covers a range of medical conditions. It affects behavior, feelings, memory, and relationships.
And we found that dementia is very hard to manage.

Dementia has affected ma’s alertness and it varies greatly – from day to day or even time of day. She has developed balance problems and suffers bouts of anger, though these are still not acute.

The sad reality is that dementia destroys brain cells. Dementia worsens over time and shortens lifespan. There are no known treatments that stop or reverse the symptoms. We know we are losing her every day – like a boat coming closer to the precipice.

In India, there is little support for managing dementia. There is limited understanding of dementia symptoms but much social stigma about “strange/unnatural behavior”. There is a dearth of support groups, trained care workers, psychologists, or Memory Clinics.

We have been lucky to have Tribeca Care manage ma’s day-to-day dementia care in Kolkata. Every day is still a challenge – and there are days when systems put in place just don’t work. The attendant may be suddenly absent, ma’s confusion may be particularly bad or she might stop eating.

But through all this, we as a family, have emerged stronger. We learned patience when ma is trapped in her miasma of confusion. We communicate better with each other – including us brothers who take turns to visit her every quarter from the US. We are closer to our extended family than ever before.

I have realized that managing dementia requires a team effort. And in spite of all efforts, progress, if any, will be a series of irregular curves, not a straight line.

Rajesh, the Tribeca Care Manager, takes her for walks or sings to her, or goes through family albums with her. We now have 24/7 attendant care, trained physiotherapists who visit every day, and even a bubbly psychologist who checks on her. The house has been made fall-proof too.

But most importantly, I have learned not to take life for granted. I should have let her feel my love years ago–not now – not when her memory is slipping away in front of my eyes and I watch it go helplessly.