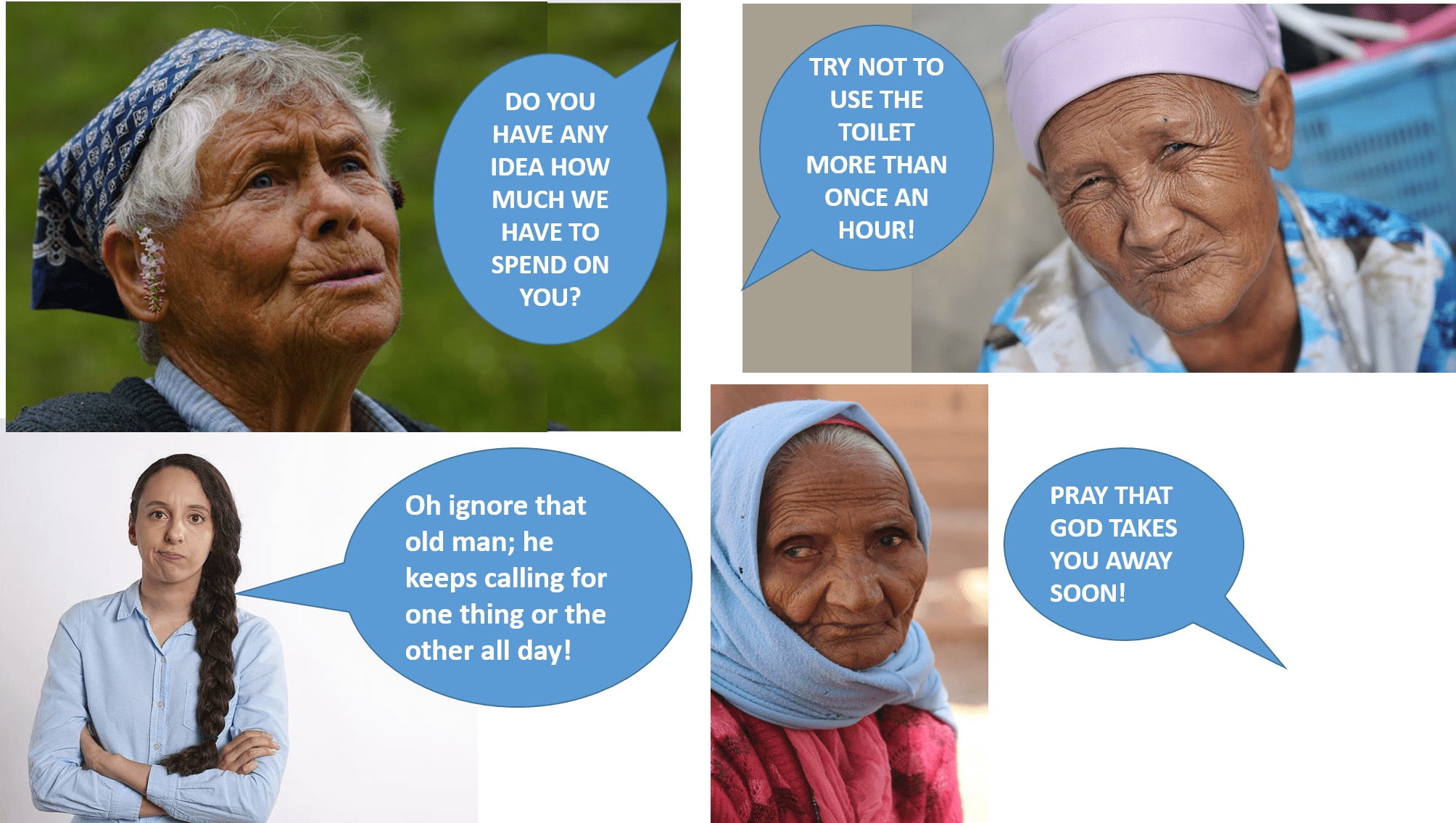 Posted at 11:33h in Elder Care by Prasun Tribeca

Believe it or not, elder abuse is common and rampant in India. For a country that tom toms “respect for elders” as a tradition, this is a shameful, yet true fact as revealed by a report published in 2018. The facts published therein are, but the tip of the iceberg. Only a handful of the cases of elder abuse ever get reported and those that are reported are mostly related to physical violence.

Did you really think physical violence is the only form of senior abuse that occur around us? Look carefully around, and you’ll find other forms of abuse in plain sight.

Other forms of abuse:

Despite laws against senior abuse, weak, feeble, dependent old men and women are simply not capable of taking their woes to the authorities or seeking help. For, the abusers are often none other than their own kith and kin.

Here you can take a look at the provisions of the Law.

Usually, elderly dependants do not even seek help for fear of being separated from their homes and loved ones. And so, many hapless senior citizens around us suffer silently.

Abuse of elderly persons can have serious consequences, both for the abuser and the abused. The abused may suffer from physical injuries, psychological trauma, depression, and aggravation of the pre-existing disease, often resulting in premature death. The abuser, if a close family member, is likely to suffer from psychological effects of guilt and remorse in case of the untimely death of the elder abused.

What you can do to prevent elder abuse

The WHO report on elder abuse in India suggests that the youth of the country are ready to help prevent elder abuse. However, helping does not mean hunting down the so-called abusers and getting them punished.

Understand that caregivers are often stressed, emotionally and psychologically, and that the elderly dependants can also be abusive and/or demanding. Some demented elders are also known to be violent/aggressive. Such patients need expert handling and care so that they do not end up being abused unwittingly by the harassed caregiver.

So here are a few things you can do to prevent elder abuse in our society:

The United Nations has designated June 15 as World Elder Abuse Awareness Day. Take advantage of this occasion to learn about the help available in your region and to spread awareness about elder abuse in schools, neighborhoods, offices, and other organizations.

If you need further help or advice, give us a call. TriBeCa Care is happy to be by your side. For more information call us at + 913366064208 or request a callback. We are also available by email at enquiry@tribecacare.com