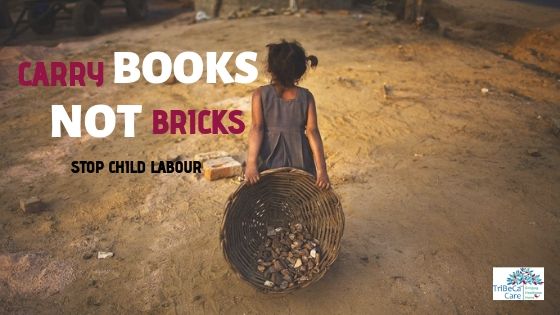 Posted at 09:50h in Lifestyle by admin

We keep on saying children are our future citizens. However, it is the most unfortunate fact that one-third of the total population in the Indian subcontinent is reeling under the darkness of child labor.

The global scenario is no better. Although the United Nations has declared 12 June as Anti-child Labour Day, it has not helped much in the betterment of children, especially in third-world countries. The Sustainable Development Goals (SDGs) targeted by the International Labour Organization (ILO), adopted by world leaders in 2015, include a renewed global commitment to ending child labor.

“Take immediate and effective measures to eradicate forced labor, end modern slavery and human trafficking, and secure the prohibition and elimination of the worst forms of child labor, including recruitment and use of child soldiers, and by 2025 end child labor in all its forms.”
(Target 8.7 of the Sustainable Development Goals of the UN)

“Carry books, not bricks” for eradicating measures of child labor can be a good slogan to attract the attention of society. According to a Report called “Children in India 2012 –A Statistical Appraisal” released by the Ministry of Statistics and Programme Implementation (MOSPI), India has the largest number of child laborers in the world.

UNICEF India report says that according to the census of 2011, there were more than 10.2 million “economically active” children in the age group of 5 to 14 years – 5.6 million boys and 4.5 million girls.  The number of children working in rural areas was 8 million and 2 million in urban areas.

As per the MOSPI report, children in India are mostly engaged in:

The major causes of child labor are poverty and lack of social security. Because of the increasing gap between the rich and the poor, privatization of basic amenities, and the neo-liberal economic policies taken by the government, a huge section of the subcontinent population is unemployed and deprived of basic needs. This undesirably affects children more than any other group. Moreover, a lack of quality general education leads to school drop-outs and entry to the labor force. Laws to protect children from perilous labor are proving ineffective because they are never implemented correctly.

Moreover, child labor is never uniform. It takes many forms, depending upon the type of work that children are made to do. Because this depends on their age and sex and if they work independently or in families. This complex nature of child labor has made it difficult to address. There is no one strategy to eliminate it.

Battling child labor entails long-term synchronized action because it involves many stakeholders and the government. This includes scholastic institutions, media, NGOs, and community-based organizations as well as trade unions and employers. Hence, it is important that the attitudes and mindsets of people change so that they employ adults. Thus allow children to go to school and let them learn, play and socialize as they should. And this should permit children to choose books over bricks.

Based upon these 100 years of efforts and determinations, this Anti-child Labour Day, let us all do something different.

Let us just not pass it away like all other days in posting pictures on social media and giving holidays to our little domestic workers.

Let us vow to eliminate this curse looming large over our future generation.