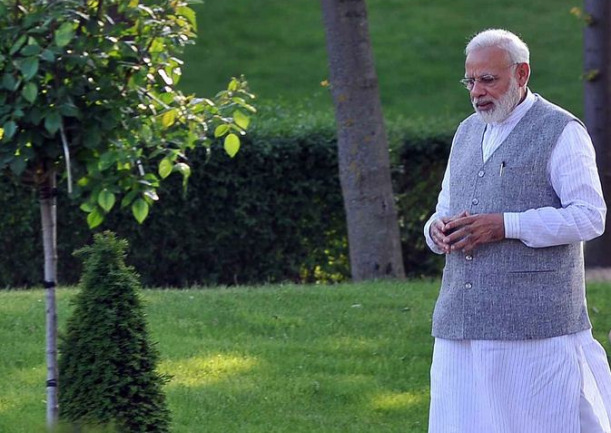 Posted at 08:12h in Lifestyle by admin

How many times does it happen that the current Prime Minister of a nation steps out for an interview? Oh, let me just rephrase this statement!

How often does the Prime Minister of a nation, especially India, bring out his candid best as he appears in an interview that’s ‘non-political’ and straight from the heart? Not quite often! So, when Bollywood actor Akshay Kumar sat down with PM Narendra Modi, the entire nation stood up and took notice.

If you missed it by any chance, here are some excerpts from the interview.

When asked if not the PM of the world’s largest democracy, what would he be—PM Modi revealed that as he came from a non-political background with no guidance, he had decided to be a ‘sanyasi’ or he believed he would serve in the army.

“A valuable thing the PM brought to the PM house”

On being quizzed by the Khiladi Akshay Kumar about bringing some benefit to his post, PM Modi stated that being the Chief Minister of Gujarat for a long term proved to be one of the biggest benefits of them all.

“Does the PM ever feel sleep-deprived?”

On being asked this question, PM Narendra Modi revealed that when he met former U.S. President Barack Obama, he was asked the same question. He went on to state that his body is used to this routine now and is accustomed to this sleep pattern. However, post-retirement, he wishes to cultivate the habit of sleeping better and for longer hours.

“Does the PM love mangoes?”

When asked this question, the PM stated that in a bid to save space in his bag, the PM got into the habit of removing the sleeves of his jacket. Since then, he’s been following the same pattern, which has become a popular fashion trend today.

“Does the PM ever get angry?”

On being asked this question by the ‘Padman’ actor, pat came the PM’s reply that anger is a part of human nature. Although he does get angry at times, he copes with it by writing what he did and why he did a particular thing.

“What’s his take on social media memes and trolling?”

Being an active member of social media, PM Narendra Modi revealed that social media helps him stay up-to-date. He also follows Akshay Kumar and his popular actor-turned-writer wife, Twinkle Khanna on social media. Then, Khiladi Kumar went on to show some memes to the PM and shared a good laugh together.

From having friends in the opposition, sending his salary home, his early childhood life, dealing with a cold, to giving away his CM’s salary, Ayurveda, and watching films—PM Narendra Modi bears it all in front of Akshay Kumar.