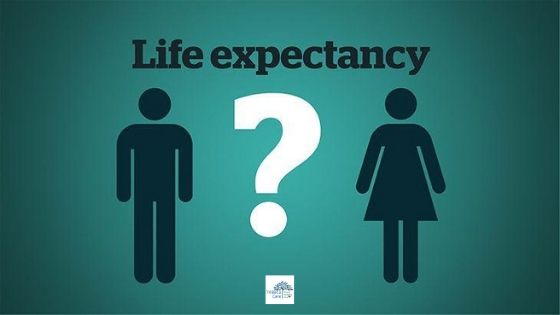 08 Jun Why do Women live Longer than Men?

Posted at 10:22h in Lifestyle by admin

Wondering what are we suggesting with so many statistics? Well, it’s basically to reinstate the fact that women do live longer than men.

Ever wondered what may be the reason for this? Here are some reasons why they live longer and how men can do something about this.

Men are more abusive of their bodies

Believe it or not, factors such as smoking, drinking, and overeating can be the main reasons why this gender gap exists in numerous countries across the world. For example, a study suggests that Russian men are most likely to die a few years earlier than Russian women due to their frequent habit of smoking and drinking.

This hypothesis is also termed the ‘jogging female heart’. It is believed that a woman’s heart rate increases rapidly during the second half of their menstrual cycle, providing the same advantage as exercising does.

Being tall can also be a disadvantage

Sometimes, standing tall can cause a shorter lifespan. Yes, being tall can be one of the reasons for men to live for fewer years than women. Because the increase in height means an increase in the number of cells in the body. This elevated amount of cells could lead men to develop more harmful mutations.

The female hormone ‘estrogen’ is an ‘antioxidant’

The female sex hormone estrogen is considered to be an antioxidant. This means that this particular hormone has the power to absorb poisonous chemicals that cause the cells to become stressed.

Wondering why women age slower than men? Research claims that one of the biological differences from birth for women has been longer telomeres (end caps of DNA strands that protect chromosomes from deteriorating). Researchers have found telomeres to be the probable reason for females live longer than men.

Other concerns like suicide rates, heart diseases, and stress can be a weighing factor. However, looking after and taking care of each other never hurts.

Men must put a full stop to their smoking habit, talk to their friends if they feel stressed out, and get regular check-ups done. To all the men out there, if you’re listening—women may live longer than men but if you start out right and make your health a priority.

Life presents its own share of miracles and surprises. Just give in your best and let life handle the rest, we say!