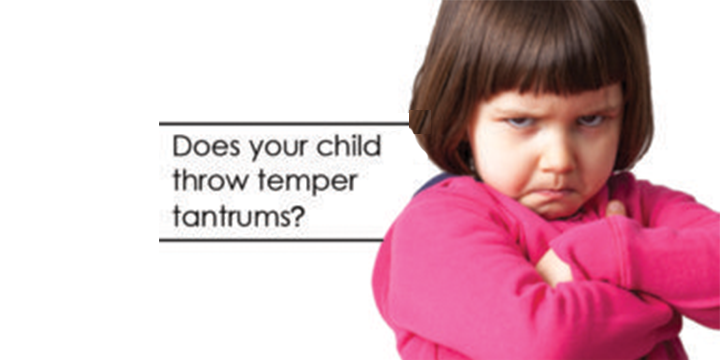 Temper tantrums are quite common in children, be they, toddlers or teenagers. Every parent thinks that their children alone are misbehaving and becomes depressed thinking that their parenting is at fault. These parents would be surprised to find that temper tantrums, defiance, and misbehavior is normal behavior among children.

Learning to communicate effectively and keeping anger in check is part of growing up but some children find it hard to learn these things. For some of them, controlling their anger and aggressive behavior might interfere with normal family life, making friends, and academic performance in school. They might have ODD or Oppositional Defiant Disorder. By one estimate it affects nearly 16% of adolescents. Statistics are not available for younger children but the expert view is, that they show signs of ODD before the pre-school years.

Oppositional Defiant Disorder or ODD consists of angry irritable mood and argumentative behavior in children that lasts at least 6 months. Frequent loss of temper and being easily annoyed or refusing to obey rules and continually challenging authority are a few examples of ODD. Acting in spiteful or vindictive ways frequently (at least twice in six months) is another common instance.

The common symptoms of ODD are:

Although parents are the first to notice erratic behavior in children, a professional child psychologist might be better suited to diagnose and treat ODD. Living with a child who has ODD can be quite challenging as well as frustrating. Most of these children do not think that their behavior is wrong in any way. In fact, they justify their behavior as a reaction to unreasonable demands made on them. For most children, the symptoms of ODD improve over time but some need specialized help. The psychologist will understand the root cause of their behavior and counsel them accordingly.