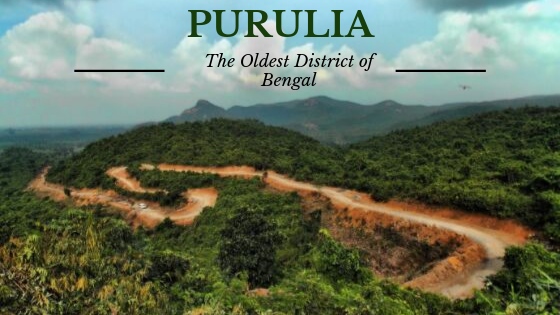 “People are trapped in history and history is trapped in them.” – James Baldwin

This is what best describes Purulia, which is one of the oldest districts in Bengal. West Bengal is famous for its rich history and cultural heritage, and Purulia is the perfect example of this.

Purulia is surrounded by Midnapore, Burdwan, and Bankura districts of West Bengal as well as Hazaribag, Dhanbad, Ranchi, Jamshedpur, Singbhum, and Bokaro of Jharkhand state. Purulia has withstood the test of time and has been through different phases in its life. It makes for great senior-friendly trips and senior travel expeditions. Nestled amidst the dense forests, greenery, and tall, unbending hills—Purulia has managed to remain untouched by the hustle and bustle of the crazy metropolitan life of Kolkata city.

Delving deep into the history of Purulia

Purulia is considered to be ideal for senior travel due to its rich heritage and its relevance since pre-historic times. If history is to be believed, the Jaina Bhagavati-Sutra claims that Purulia has been a part of Kolkata’s heritage since the early 5th Century and was one of the Mahajanapadas of its time. For those of you who are unaware, the Mahajanapadas were a set of sixteen kingdoms that existed in ancient India.

Purulia during the pre-independence time

Purulia came into the limelight during British rule in India. There was a time when the British East India Company got hold of the Diwani of Bengal, Orissa, and Bihar, and with that Purulia got its fair share of importance in the year 1765. In 1805, Regulation XVIII—a Jungle Mahals district was formed, which included Purulia. In 1833, the Jungle Mahals district was ruled out and Manbhum was introduced, with headquarters at Manbazar. Eventually, the headquarters was shifted to Purulia.

Purulia during the post-independence era

It was in the year 1956 that things fell into place. Nine years since India gained independence, a lot of significant things started happening in West Bengal. Manbhum was partitioned and West Bengal and Bihar came into existence, under the Transfer of Territories Act and the States Reorganization Act. By November 1956, Purulia gained its status when it became one of the districts of West Bengal. Purulia is the bridge between the industrial regions of West Bengal and parts of Jharkhand, Orissa, Uttar Pradesh, and Madhya Pradesh.

A great spot for senior-friendly trips, Purulia consists of many archaeological excavation sites, which is a major tourist attraction. A part of the Chota Nagpur plateau, this district is the land of relics and ruins. The dam and other tourist sites make it a good spot for senior travel. It is home to tribal communities like Kurmis, Santhals, and Kherias-Sabars.

Touristy activities to do at Purulia

As a tourist, you can visit the forests of Ayodhya, Kuilapal, and Matha. You can trek over Pakhi Pahar or Joychandi Pahar. Since the Ayodhya hills are 700 meters high, it’s ideal for rock climbing. You can visit the Panchet dam and go sightseeing at the Panchkot Raj Palace.

Embedded with history, Purulia is a gem in the crown of West Bengal. Layered with cultural and historical significance, if you’re considering senior-friendly trips or any place for senior travel, then this is it. This place requires you need to peel off layer by layer to understand its importance and relevance in this day and age.