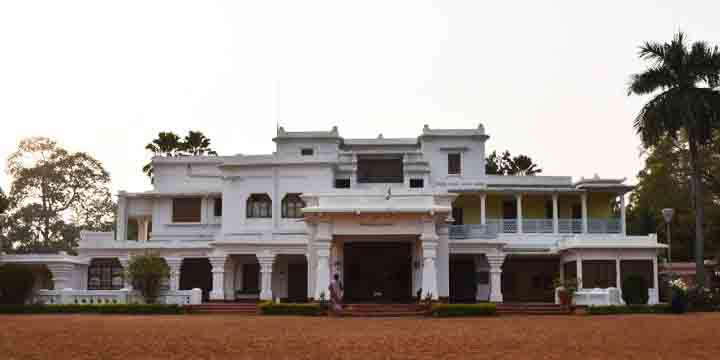 16 Apr Shantiniketan: The Cusp of Culture and Heritage

The word “Shantiniketan”, meaning “abode of peace”, presents us the opportunity to escape from the hustle of daily life and the bustle of urban constraints. It is the perfect weekend getaway, especially for the aged folks.

• Shantiniketan is a town in the Birbhum district of West Bengal, India. The nearest big city is Kolkata (165 km away).
• Historically, “Shantiniketan”, as a place, came into being much later after its rather accidental discovery by Maharshi Debendranath Tagore. Earlier, it was known as Bhubandanga.
• Maharshi Debendranath Tagore built his house and named it “Shantiniketan”. His home became a spiritual center where people from any religious or cultural background would gather here for prayers and meditation, and in 1863, the Brahmo Samaj was founded in this location.
• The year 1901 is very important for Shantiniketan, as people witnessed Rabindranath Tagore establish the school of his ideas, Patha Bhavana. The emphasis was on learning in the direct proximity of nature.
• Kaviguru, as he is appropriately titled, received the Nobel Prize for his contributions to the field of Literature in 1913. After this, he started working on the development of the school for further education, and in 1921, Visva-Bharati came into being.

What are the main attractions?

This is the home of Rabindranath Tagore, and it has been declared a heritage site, preserved by the authorities. Intricate details of Tagore’s life are perfectly preserved here. His literary works, his accolades, items of his daily use, and other various things. The place also has a pleasant environment. The timelessness and the tranquillity of the place together can make the visitors feel that they actually have traveled back in time.

This occasion is celebrated on the 7th day of the Bengali month of Poush in the remembrance of Maharshi Debendranath Tagore’s adoption of the Brahmo Samaj. A grand fair is organized by people and the students of Visva-Bharati perform in this fair. This is symbolic of the amalgamation of different cultures and traditions that have come together in this land and created something magical.

This is the perfect place for visitors to feast their eyes upon various locally made crafts. This place has a wide variety of goods and these can serve as the perfect souvenirs.

For those who feel inclined toward history, you can head out to Rabindra Bhavan Museum. This place has some of the best preserved original manuscripts, documents, and paintings by Tagore himself. This place also houses the Nobel Prize Medallion he had received.

Other attractions in Shantiniketan

• Poush Mela
Poush Mela is one of the most celebrated occasions in the entire state, and as a result, people from all over the world flock over during this time. Thus, the best time to visit Shantiniketan and catch a glimpse of this festival would be during the winter (September – January).

• Spring
Holi is a much-renowned festival, but here in Shantiniketan, it is special. It is accompanied by dance and music, performed by local artists and the students of the University. To be able to attend this, and experience nature in the most pleasant weather, you’d have to visit between late January to early March.