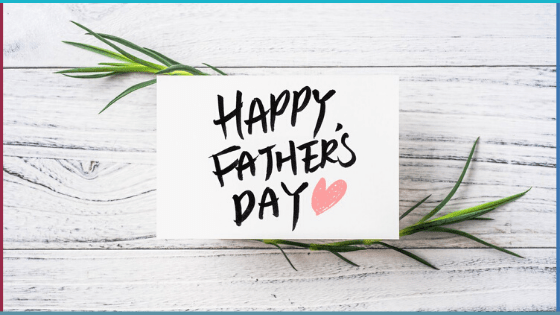 Posted at 11:00h in Home Care by Prasun Tribeca

Is father’s love inferior to mother’s love? Throughout history, we have many examples to prove that are not always true. In fact, we don’t even have to go very far back in history – exactly a month ago, the famous wrestler and WWE star, Shad Gaspard, died while making sure his son survived the killer tide that took his life. You can read all about it here.

This Father’s Day, we would like to celebrate our fathers by remembering some legendary dads, who weren’t any less than mums, when it came to love, affection, and sacrifice.

First on our list are a couple of fictional dads. Though not real, a more touching story of fatherly love is difficult to find. The short story, written by poet and Nobel laureate, Rabindranath Tagore, has been made into movies in multiple languages.

The story goes thus: Rahamat Ali, a seller of dry fruits from Kabul, Afghanistan, meets a little Bengali girl, Mini, who is about the age of his own daughter left behind in his faraway land. Rahamat and Mini become unlikely friends under the observant eye of Mini’s father. Due to an unfortunate turn of events, Rahamat Ali goes to prison for several years. The day of his release from prison is also the day of Mini’s wedding. While Mini could not even recognize him, Rahmat was shocked at the transformation of the little girl he had hoped to see. Moved by the sight, Mini’s father gives Rahmat money out of Mini’s wedding budget, so that the Kabuliwala could return home, to his own daughter.

Second, on our list is Babur. The dreaded Mughal invader and founder of the Mughal Dynasty was also an affectionate father, or so the legend goes. Once Humayun, his son, and heir fell so ill, that the hakims (traditional doctors) saw little chance of his survival. Babur walked around his bed three times and prayed that his own life is taken in lieu of his son’s. From that day onwards, Humayun regained his health as Babur fell ill and eventually died. Thus, a father gave up his own life to save a son.

Bhaskaracharya, also known as Bhaskara II, was a great mathematician and astrologer of the 12th century. He doted on his daughter, Lilavati. His calculations led him to believe that Livavati would remain unmarried (or widowed) and childless unless married at a precise date and time. Legend has it that father and daughter failed, inadvertently, to honor the precise moment. Bhaskara then went on to teach her mathematics and also named his famous treatise on Arithmetic after his beloved daughter, Lilavati.

The oft-neglected and scorned, the controversial character of the Mahabharata had only one weakness – his son. He was blind, not just by his eyes, but also to all the follies and wrongdoings of his hundred sons, especially those of his eldest – Duryodhan. While Duryodhan openly staked claim to the great throne of Hastinapur, Dhritarashtra too secretly hoped the throne would eventually be Duryodhan’s.  It is said that Dhritarashtra was largely responsible for the great battle of Kurukshetra. He could have controlled his son’s ambitions with good fatherly advice. He failed to rein in his son’s ambitions and eventually died a broken-hearted father, suffering the loss of a hundred sons.

Another mythological king, Dasharath of the Ramayana, died unable to bear separation from his beloved son Ram. Ram was Dasharath’s eldest son and the heir to his throne. Ram’s stepmother Kaykeyi, however, demanded that her son, Bharat, be named the next king and that Ram be sent to exile for long 14 years. Bound by his promise to Kayikeyi, Dasharath had to agree to her demands but failed to accept the injustice. He died in grief, in the absence of his four sons.

Do you have any fatherly tales to tell us? We would love to hear from you. Comment below.

If you need further help or advice, give us a call. TriBeCa Care is happy to be by your side. For more information call us at + 913366064208 or request a callback. We are also available by email at enquiry@tribecacare.com